But I don’t smoke! 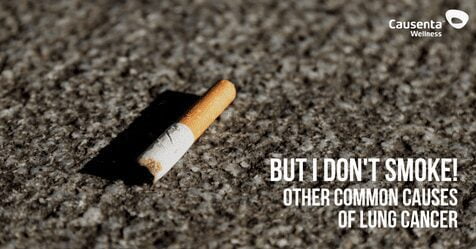 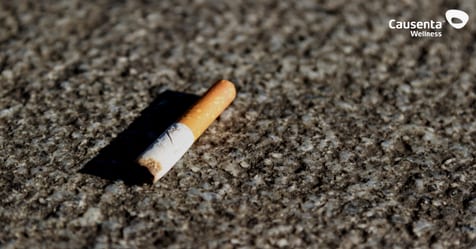 While smoking is the cause in approximately 90% of lung cancer instances, it is still possible to develop lung cancer if you have never smoked or have stopped smoking for a considerable amount of time. People who have given up smoking for more than 15 years are considered to have the same risk of lung cancer as non-smokers.

Prolonged exposure to certain chemicals is a direct cause of lung cancer in patients. Radon gas is a naturally-occurring gas that emits radiation. It is invisible and odorless, but can be detected with a simple test. Experts estimate that over 10% of U.S. homes have dangerous levels of radon gas present, which is similar to the 12% of lung cancer deaths attributed to the substance. Asbestos is a type of silicate fiber that was widely used in insulation for decades in the United States and around the world. While it is now a banned substance, workers who were exposed to asbestos on a regular basis are at a much higher risk for developing lung cancer. Non-smoking asbestos workers are five times more likely to develop lung cancer than a traditional non-smoker. Harmful pollutants in the air can have similar affects to that of passive smoking. Air pollution is responsible for about 1% of diagnosed lung cancer cases.

People who live with someone who smokes or who are frequently exposed to those who smoke have an increased risk of developing lung cancer. Each year, more than 7,000 people in the United States die from lung cancer associated with passive or second-hand smoking. Harmful smoke comes from not only cigarettes, but also from pipes and cigars.

People whose family members have developed lung cancer, both smokers and non-smokers, are more likely to develop it themselves. Studies have shown that a predisposition for lung cancer exists and may even be the reason that not all smokers develop cancer.

People who have COPD (chronic obstructive pulmonary disease) and certain other diseases of the lungs are more susceptible to developing lung cancer. This is also true for patients who have already survived lung cancer. These patients are 1%-6% more likely to develop secondary lung cancers depending on which type of primary cancer they overcame.