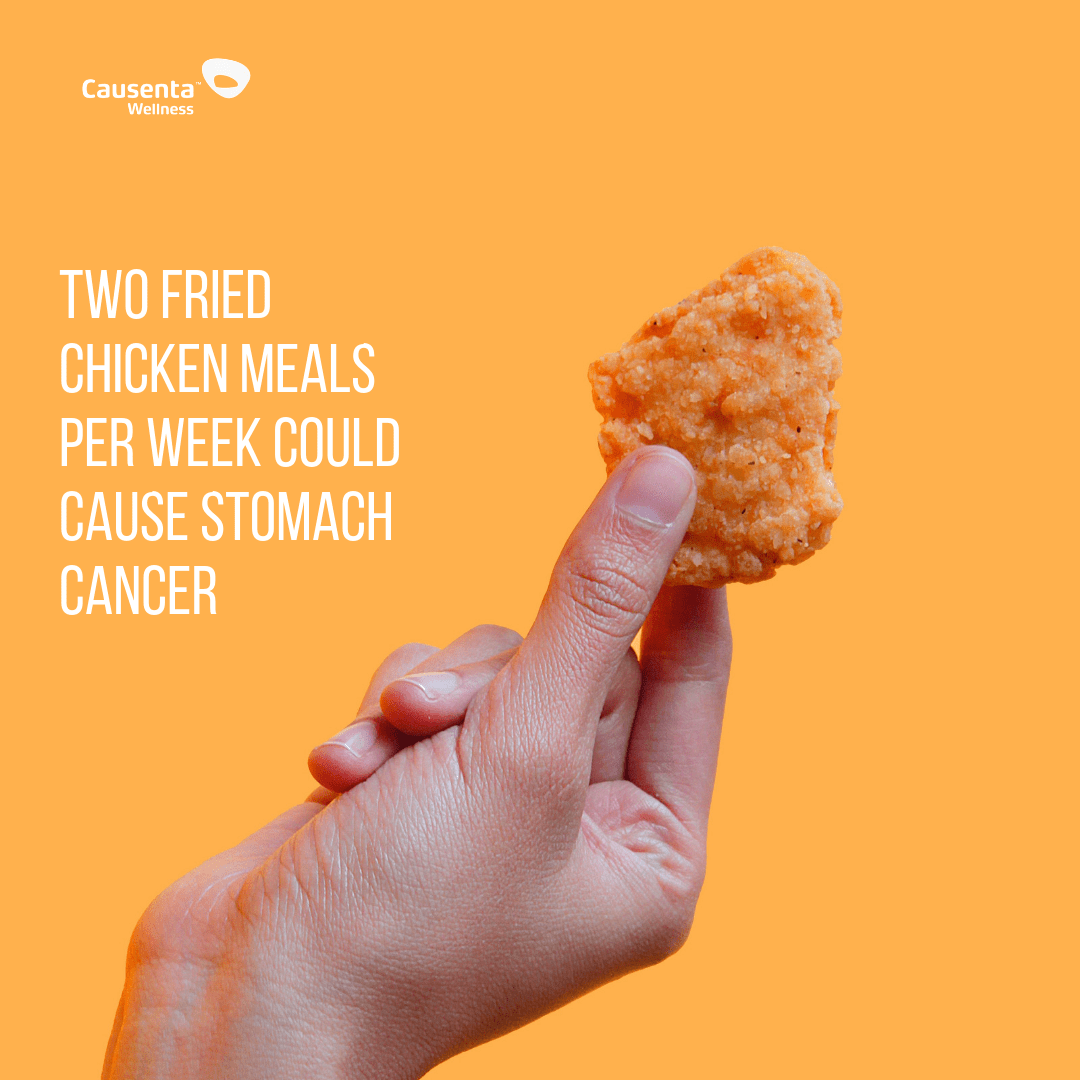 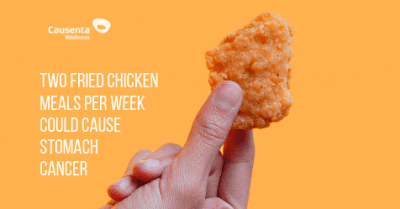 Could eating two fried chicken meals per week cause cancer?

Fried food is incredibly tasty. Unfortunately, for many reasons, over-consumption of it can be deadly, and as a result, everyone must do what they can to limit their intake of this type of food.

Many of the connections between overeating fried foods are deeply intuitive. It doesn’t take more than a rudimentary understanding of biology and physiology to realize that overeating this type of food, like chicken, can result in a slew of health problems, such as diabetes, heart disease, high cholesterol and obesity.

What is less well known is the connection between fried chicken and numerous types of cancer: Multiple studies have shown that eating fried chicken twice a week or more can result in an increased risk of stomach cancer, esophageal cancer, gastric cancer, precancerous lesions and more.

What is it about fried foods which cause cancer?

According to available research, the primary cause of the connection between fried foods and cancer centers around acrylamide, which is a chemical that forms in foods which are baked or fried at high temperatures.

Arcylamide is formed when the naturally occurring sugars in a food react with asparagine, which is created in high heat. More acrylamide is formed the longer a food is fried. So, yes, there is a connection between deep-fried food and cancer risk. It’s worth noting that, when manufactured, acrylamide is used largely in industrial manufacturing in the production of paper, dyes, and plastics.

Acrylamides connection to cancer is unfortunately clear. Numerous studies have shown that acrylamide exposure in rodents is correlated with multiple types of cancer. It has also caused tumors in rats. Additionally, the National Toxicology Program’s Report on Carcinogens lists acrylamide as a “human carcinogen,” meaning they believe it causes cancer.

The risk with acrylamide is so great that some countries’ equivalent of the Food and Drug Administration have issued official warnings against consumption of foods that may contain acrylamide, noting the general connection between the chemical and cancer. The U.S. Food and Drug Administration has issued no such warnings, but there are regulations about the amount of acrylamide which can be found in drinking water.

The American Cancer Society declined to opine on whether or not acrylamide itself is a carcinogen. However, it summarized the findings of numerous international bodies on acrylamide, noting that the International Agency for Research of Cancer, the US National Toxicology Program and the U.S. Environmental Protection Agency had all classified acrylamide as at least “likely” to be a carcinogen.

The data is clear: There is a connection between this type of cancer and the consumption of this type of food more than twice a week.

One study, conducted in 2002, followed 13,000 people, 116 of whom died of this type of cancer. The study found that frequent use of cooking oil and fried foods was correlated with higher risks of cancer in both men and women, and that more frequent consumption of this type of food was associated with higher cancer risk. Meanwhile, a diet high in fresh produce and fruits was associated with lower cancer risk.

The American Cancer Society has an entire page on its website dedicated to how to reduce one’s risk of stomach cancer. Like the above study, it found that a risk of this type of cancer can be reduced by fresh fruits (with a particular emphasis on citrus fruits) and vegetables. It notes the general connection between this type of cancer and diet.

In 2015, a meta-analysis was conducted of four studies, totaling 2,579 cancer patients. According to the analysis:

However, taken in total, the meta-analysis found that increased fried food intake was associated with a 35% risk increase in a prostate cancer diagnosis.

In 2018, a massive study was conducted in the Chinese providence of Henan. The study tracked the eating habits and cancer screening results of 82,367 people (46,425 men and 35,942 women). The study found that, even after controlling for a variety of demographics characters (including age, gender, socioeconomic status, education and more), individuals who ate fried food more than twice a week were significantly more likely to be diagnosed with gastric cancer and found to have precancerous lesions. As such, the study found that consumption of this type of food more than twice a week was a risk factor for getting cancer, and reducing intake of this type of food could reduce someone’s cancer risk.

How to reduce the connection between fried food and cancer

While the evidence is clear that consuming this type of food twice a week or more can increase your cancer risk, there are numerous ways, in addition to eating less of this type of food, which will allow you to reduce your risk. These include:

As a general rule, food of this type twice a week or more should not be consumed. Doing so presents numerous health problems, including increasing the potential for many types of cancer. However, thankfully, reduced consumption and alternative cooking, perpetration, and storage methods can greatly reduce your cancer risk.