Glioblastoma: Was this the cancer John McCain had been fighting? 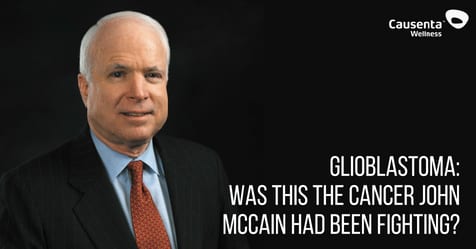 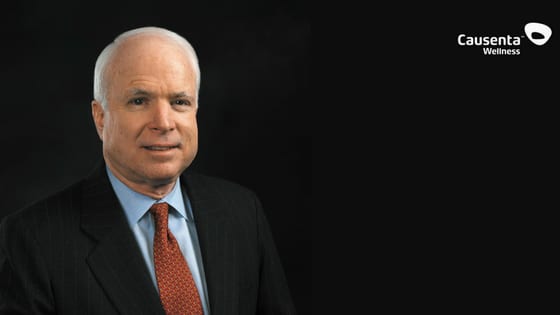 Yes, Senator John McCain was diagnosed with glioblastoma multiforme, an aggressive brain cancer in the summer of 2017. During the course of a year, he had undergone surgery to remove the primary tumor and continued treatment near his home in Arizona. Last week, his family announced he has stopped receiving treatment and, on Saturday, McCain passed away at the age of 81.

His new memoir, which was released a few months ago, details how he found out he had glioblastoma multiforme and his journey so far. McCain was diagnosed after a scan during a routine physical showed some abnormalities. He was planning to leave town following his appointment but was called back to his physician’s office where he received the results. Reports of his book say McCain understood the serious nature of the diagnosis because of the way in which the doctor approached him. Also, Ted Kennedy and former Vice President Joe Biden’s son, Beau, died from glioblastoma multiforme.

Because symptoms of glioblastoma multiforme vary based on where in the brain the tumor develops, it can be difficult for patients to consider this type of cancer as a reason for their physical concerns. Many also mimic signs of a stroke. It typically develops around 64 years of age and effects the supportive tissues of the brain. Common symptoms include:

Once diagnosed, patients can expect to be treated with a combination of surgery, radiation, and chemotherapy. Even with these measures, prolonged remission is uncommon because of the metastatic nature of the star-shaped cancer cells that are found throughout the brain.

At Causenta, we understand that glioblastoma multiforme is difficult to treat because the tumors are localized in the brain and the brain has a limited capacity to repair itself. Also, glioblastoma multiforme cells are biologically resistant to traditional therapies and those treatments can cause neurotoxicity and fluid build-up inside the skull. Additionally, the tumors are supported by a healthy blood supply and the cells reproduce rapidly and spread throughout the brain.

We care about our patients and work with them to combine therapies that attack the aggressive cancer cells with innovative treatments to create a unique protocol and help preserve their quality of life. New trials and immunotherapies are being developed to combat this disease that cannot be surgically cured since the tumors are rarely contained in one area.

Senator McCain seemed to have been responding well to his treatments and had reportedly been improving since developing pneumonia as a complication of his chemotherapy this past winter. However, glioblastoma is extremely aggressive in nature and ultimately led to McCain’s death over the weekend. His diagnosis, journey, and death, along with those of other high-profile politicians across the globe, has brought attention to this devastating type of cancer that affects thousands of families each year and is found in over half of all primary brain tumors in the United States.

If you are interested in learning more about glioblastoma multiforme and treatment options at Causenta, schedule a free 30-minute consultation.