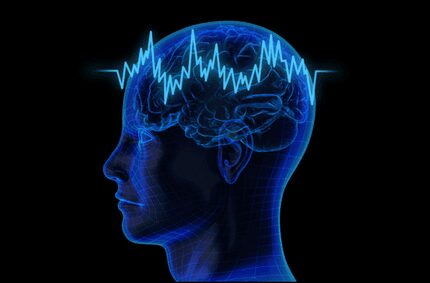 We’ve written previously about the benefits of three common smart drugs, and there are a ton more that can help improve cognitive function while also preventing neurodegenerative diseases and enhancing other areas of health. Not everyone is as infatuated with these brain-boosting supplements as we are, though, and there a number of smart drug free ways to improve cognitive function. So, here are some other ways to improve your intelligence without popping pills.

If you’ve been to an elementary band concert you’ve definitely been exposed to multiple tones at different frequencies. If you listen closely, you will notice that two musicians playing the same instrument but at different frequencies (or pitches, or not in tune) creates a rhythmic pulsation. This phenomenon is known as a binaural beat.

These beats are easily produced on a smaller scale by playing two tones of slightly different frequencies, one in each ear. When these frequencies are below ~1000 Hz and the difference between them is no more than ~30Hz another phenomenon called brainwave entrainment occurs. This is when the brain wave frequencies match the frequency difference between the two tones. For example, if one tone is 450 Hz and the other is 430 Hz the resultant frequency matched by the brain is 20 Hz.

For those looking to improve brain function, Beta wave frequencies (13-40 Hz) should do the trick. Binaural beats can also help you relax, help you fall asleep, reduce anxiety, and even provoke lucid dreaming. There are a number of products on the market that come with preset and customizable beats, and there is even a pretty good free binaural beat iphone app.

Whether you’re a student preparing for a test or a professional working on continuing education, there are numerous times when you will need to study specific information in order to recall it later on (i.e., the next day). For most of us, studying is not an enjoyable way to spend our time; thus, it is in our best interest to maximize the amount of information we can retain in a minimum amount of time. This is where study strategies come in handy, and the following list covers some of the best ways to maximize study-time efficiency.

There are a whole bunch of other great strategies out there for learning, retaining, and recalling information. These five techniques, however, are among the simplest, most effective, and easiest to implement, and consequently should go a long way in helping you to maximize your study-time efficiency.

Popularly, the Mozart Effect is the idea that listening to classical music makes you smarter. Unfortunately, this is not the case, and while some introductory research did show that Mozart’s Sonata for Two Pianos in D Major improves spatial-temporal reasoning, this benefit does not generalize to other cognitive tasks, and the improvements are relatively short-lived (i.e., less than an hour). Complimentary research has also shown that any improvements in spatial-temporal reasoning are unique to that particular arrangement, and that other classical pieces do not elicit the same benefit.

In other words, listening to classical music doesn’t make you smarter.

Other research, however, has been a little more promising. For example, listening to music in general (especially music that you like) can increase arousal and mood which can indirectly improve attention and learning. Music might also benefit cognitive function when it is played to infants in utero and in early infancy.

While listening to music might not be of much benefit, creating music – particularly playing an instrument – has shown definitive benefits. Children that are involved in music performance and other fine arts at a young age have a higher IQ and perform better on standardized tests than their non-artistic peers. Learning an instrument later in life is a great form of mental exercise and, besides being fun, can also help prolong mental health.

The idea that listening to classical music can make you smarter was a misinterpretation of the literature and an opportunity for a few people to capitalize on the ignorance of others. On the other hand, if you enjoy classical music listening to it might have some benefit, and it certainly won’t hurt. If you really want to enhance cognition through music, your best bet is to learn to play an instrument, even if that means jumping in on your kids Rock Band jam session. You will probably find, though, that the mental benefits are secondary to the enjoyment you get from this timeless form of creative expression.